#MillionsMissing events in Australia May 2017 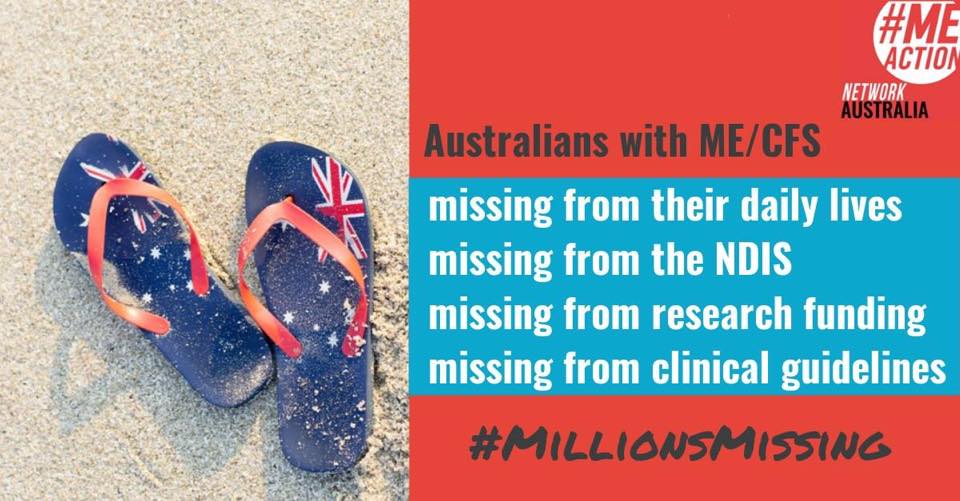 #MillionsMissing is a global movement to raise awareness for ME/CFS, and highlight how many people worldwide are affected by the condition. On May 12th 2017, 13 cities in nine countries will demand change. The protesters are asking for increased government funding for research, clinical trials, medical education and public awareness.

Empty shoe installations are a feature of #MillionsMissing protests, symbolising the ways in which people with ME/CFS are missing from their lives, and missing from government services and funding.

On May 12th this year, there will be two #MillionsMissing events in Australia. In Sydney, a physical protest with empty thongs will take place on Bondi Beach. Because so many people with ME/CFS are unable to leave their houses to join a protest, there will also be a virtual protest taking place around the country.

#MEAction Network Australia is hosting a virtual #MillionsMissing event on May 12. There will be several ways to participate in the event, which will take place on Facebook and Twitter. The goal is to get the #MillionsMissing hashtag trending in Australia.

Join the event to learn more, and help to raise awareness of the Australians who are part of the #MillionsMissing! This is ME/CFS activism which you can do from your bed!

#MEAction Network Australia is a group of people with ME/CFS, their carers and other healthy allies, empowering each other to fight for health equality for people with ME/CFS. We were founded with the belief that, while we may find it difficult to advocate for ourselves in the physical world, in the virtual world we can be an unstoppable force. Together we will be heard.

You can receive updates on the ME/CFS advocacy undertaken by #MEAction Network Australia by following their Facebook page: facebook.com/MEActionNetworkAustralia 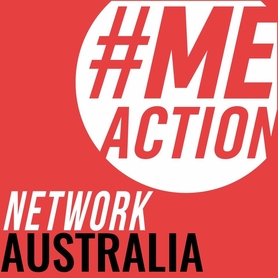